Kalemegdan is the largest Belgrade park.

At the same time, it is the most important cultural and historical complex, dominated by the Belgrade Fortress above the confluence of the Sava in the Danube. The name of Kalemegdan refers only to the spacious plateau around the fortress that turned into a park in the eighties of the 19th century. Plato, while the fortress was the main military stronghold of Belgrade, served to protect the enemy and wait for the fight. His name comes from the Turkish word kale (fort) and mejdan (battlefield). The Turks called Kalemegdan also Fićir-Bayir, which means "the hole for thinking"
The reorganization into the park began after the surrender of the fortress to the Serbs (1867) on the order of Prince Mihail Obrenovic. The preliminary drawings for Kalemegdan were made by the first Belgrade urbanist Emilijan Josimovic. The greenery was planted between 1873 and 1875, when the Belgrade fortress was commanded by Colonel Dragutin Zabarac, the former first avodutant of Prince Mihail Obrenovic.

The planning of Kalemegdan began in 1890. Then the army handed over the park to the Belgrade municipality. The then Mayor Nikola Pašić approved the first loan for Kalemegdan's editing of 10,000 dinars. In 1905, the expansion of the park began, by editing Mali Kalemegdan, which ran from the pavilion "Flower Zuzoric" to the ZOO. 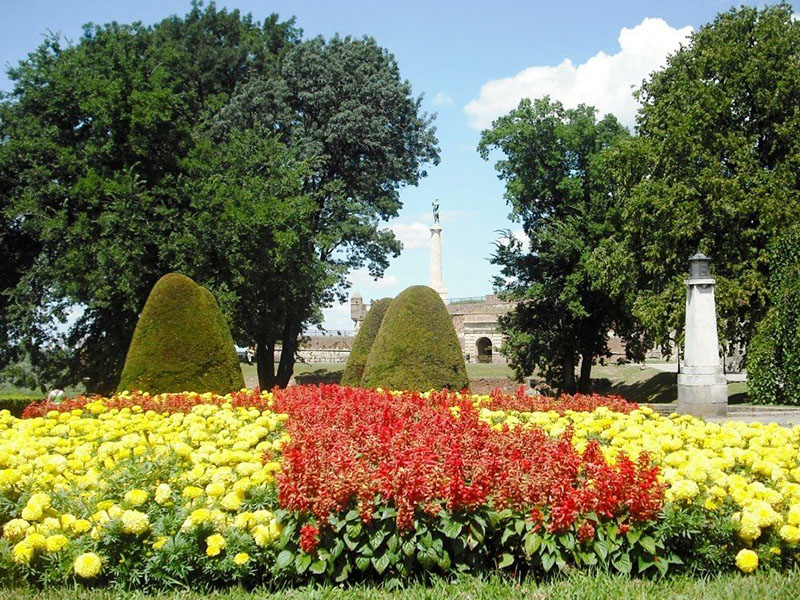 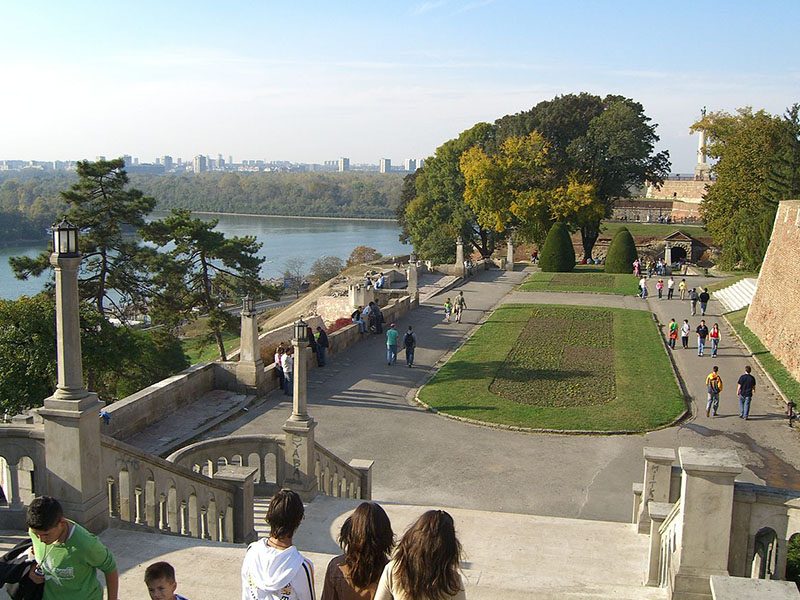 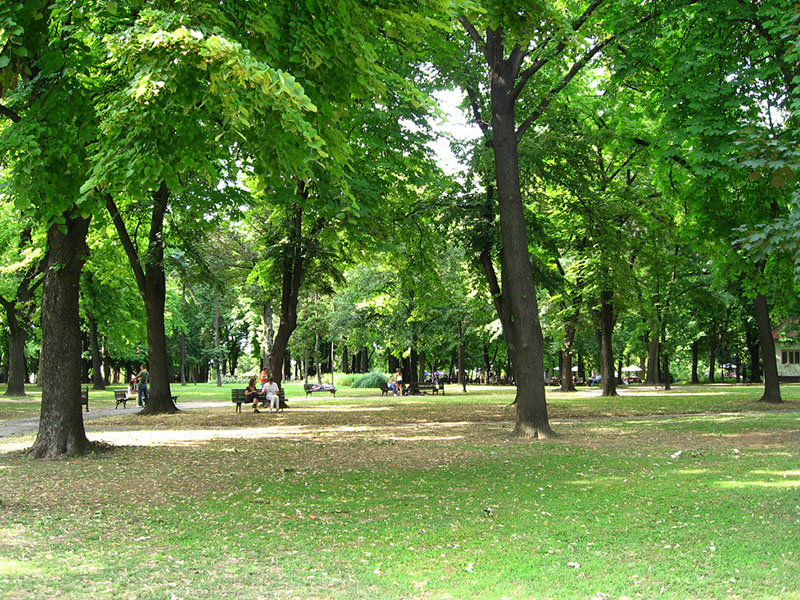 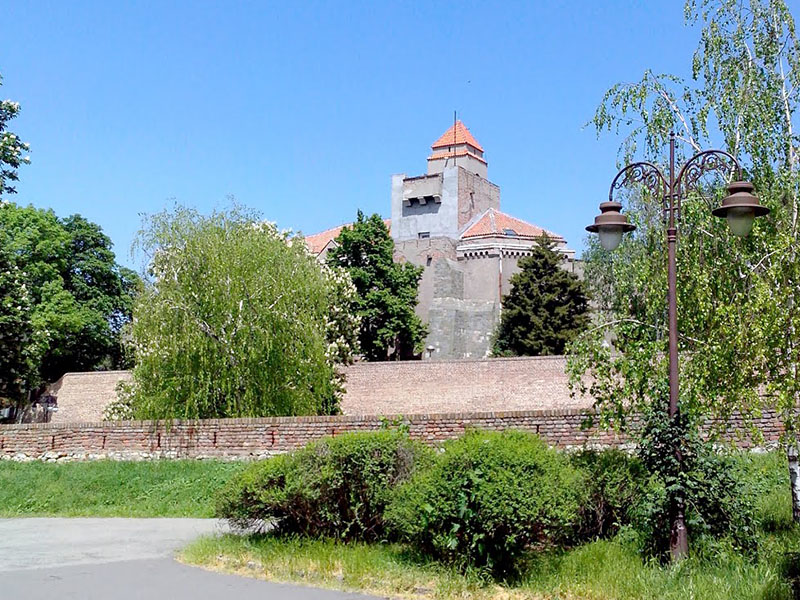